At some point or another, we’ve all been driven crazy by the annoying sound of leaking taps in the middle of the night. Even worse, it could take a great deal of patience to live with screeching taps, worn out washers, cracked handles, and inconsistent water flow. Changing a faulty tap may feel like something that is beyond your resolve, but I can guarantee there is nothing to worry about it.

In this piece, you will not only learn step-by-step instructions on how to change a tap but also the different tools and mechanisms involved.

Before diving into the heart of the matter, let’s take a look at some of the common types of taps and how they work.

Considered to be a traditional design, these are stand-alone taps that can be used in the kitchen or the bathroom basin. Most piller taps come with two faucets; one that supplies cold water, and the other one for hot water. Due to the different head shapes, they can further be classified into shrouded, bib and lever head taps. The shrouded and bib heads can be made of metal or plastic and have handles that can turn clockwise and anticlockwise to control water flow. On the other hand, lever head taps are more efficient, and function under the slightest nudge of the lever; they are ideal for people with disabilities.

Nine times out of ten, people mistake the mixer for the pillar taps, but in essence, the mixer tap is just a child class of the pillar tap. It has two handles sharing one spout and is commonly used in the kitchen. Other than that, it can have the push and pull or level-head handles to provide either hot or cold water. Ultimately, this simple model was designed to supply the ideal water temperature.

This is probably everyone’s dream tap, not only because of its ease of operation but also because of its appealing outward appearance. Sleek tap designs such as the monobloc taps have adapted both the pillar and mixer tap architectures and have proven to be quite effective. You can adjust the water temperature and pressure using one lever. Moreover, it can be mounted on the wall perfectly, or even in the bathroom basin.

We all want to have taps that are durable and easy to maintain. Therefore, understanding the different mechanisms involved could be a major plus; especially if you haven’t already settled for the kind of replacement tap you want. Here is a brief summary of the techniques used.

Also known as the rising spindle, these taps operate by screwing and unscrewing the handle, which in turn causes the washer to move up and down the base of the tap (seat). Consequently, water flow is reduced or increased.  Instances of leaking in this approach could be caused by corrosion of seats and washers due to the frequent movement.

Contrary to the rising spindle, the non-compression mechanism ensures that there is no twisting and turning involved. Pressing and lifting the outward handle will only raise and lower the spindle, washer, and the seat, without turning them in any other direction. Ultimately, this design is less prone to wear and tear.

Just as the name suggests, this design doesn’t involve washers; something that has made it surpass its counterparts in terms of performance and ease of use. Its simple structure uses two similar disks that align themselves and interlock when turned on, and then go back to their default out-of-line position to stop the flow of water.

Understanding How the Tap Connects to the Water Supply

Don’t worry about the complex plumbing terms you might have come across on the internet; Here’s a simplified version of your water supply system:

Basically, a normal water supply system in a home setting can be either direct or indirect. Most modern houses are equipped with direct systems which send drinking water to every cold tap through the mains supply. On the other hand, indirect systems use a stopcock valve (located underneath the sink) to control the flow of water in the premises. Drinking water in this system can only be gotten from the kitchen sink because other outlets get their water from a separate storage cistern.

Regardless of the type of approach used in your residence, every water supply system has a tap connector that connects the base of the tap to the main water supply. Think of it as a bridge that is grouped in two main parts; the rigid connector and the flexible connector. In addition, these connectors can either be joined to the taps through compression fittings or push fit fittings. I would highly recommend the push fittings because they lock easily after being pushed to the end of the pipe, and create a watertight seal. Compression fittings are effective but are much more delicate.

Steps to Take When Changing a Tap

Now that you have all the vital tips and prerequisites in mind, ensure that you have the new tap with you, an adjustable spanner, a screwdriver, a basin spanner, an anti-bacterial cleaner, and some extra push fits, compression nuts, and washers; in case you’ll need to make any unplanned adjustments.

Step 1: Turn off and Isolate the water supply

The fact that you have to turn off the water when replacing a tap is a no-brainer. To be on the safe side, turn off the taps and the isolation or the stopcock valves and allow one of the taps to remain open in order to drain all the residual water. It is highly recommended to let the cold tap run instead of the hot one. The image above is of a typical stopcock, found usually under your kitchen sink.

Step 2:  Dismantle the system to remove the old tap

Chances of having the same tap as everyone else who is reading this guide are close to nil. Therefore, it would be difficult to give precise instructions on how to go about this step in each and every tap design. However, understanding the main aim (disconnecting the supply from the tap) will give you a forecast of how to handle it.

First of all, unscrew the brass nut that holds the tap to the basin. Other guides will tell you to start by dismantling the pipes underneath the sink, but both options work quite well. We opt to start with the less complicated stuff to let your mind get accustomed to the exercise faster. Using your tools, manoeuvre your way till the tap gets loose.

After that, use adjustable wrenches or claw spanners to undo the nuts on the fitting. Once the pipes have been disconnected, lift off the old tap and the pipes gently through the hole.

Step 3: Clean up and carefully install your new tap

Using the anti-bacterial cleaner or any other cleaning product, wipe off any dirt, grime or gunk that may be stuck on the surface. More often than not, failure to wipe off this limescale will result in leaking and inconsistent water flow.

Installing the new tap should not be a challenge. First, ensure that your tap is fully assembled since most taps come when they are partially assembled. Attach the flexible connectors if necessary, and make sure you have the correct seals between the sink and the tap. After that, you can place the new tap carefully into the hole and confirm that the hot and cold water connectors are not twisted. If possible, label them all through to avoid confusion. This brings us to our next step.

This is by far the most important part of the whole process. Any slight mistake made here could render your tap faulty within no time. Connecting your plumbing basically involves attaching those connectors to the fittings and fixing the tap to the basin.

Place the washer and plate in the right order, then tighten the locking nut. Finally, connect the hot and cold pipes to the connectors and use two wrenches; one to tighten the nut on the isolation valve, and the other one to hold the valve fitting. Above everything else, make sure that the new piping rhymes with the old system.

Step 5: Countercheck and turn on the taps

Go through all the parts in the system to certify all pipes are well connected then, open the isolation or stopcock slowly and let it run as you check for any leaks. If a compression fitting is leaking, you should use some PTFE tape to cover the olive (inner compression ring). This is the simplest way to improvise a watertight seal.

With no further leaks, you should be able to open up the taps and let the water run until no more gurgling can be heard, then make a final check to ensure everything is in order.

Silverline 656636 Monobloc Back Nut Tap Spanner 27 and 32 mm
Corrosion-resistant, zinc-plated steel; Double-ended; For 27 and 32 mm fittings; For fitting back nuts to monobloc taps
£6.50

All things considered, changing a tap is one of the simplest DIY tasks that should be part of every home owner’s skill set. Instead of calling the plumber, increase the knowledge you have on taps, get some hands-on experience, and save the cash you could have spent on the plumbing services. As long as you take the time to master each step and understand the type of taps you have, you will be good to go. 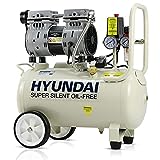 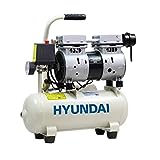 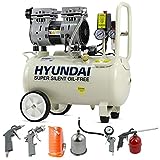 Garden Tools
If you are wanting to add a pond to your garden but don’t really know where to begin then it could be that a preformed pond is the best option for you. A preformed pond [...]

Uncategorized
Whether you use your garage to work on your car, complete DIY or even just for storage – you don’t want it to get too cold! Sadly, it is rare that you are going to [...]
Garden Tools

Looking out at your lawn and finding it covered in weeds is not what any homeowner wants – particularly anyone who enjoys and takes pride in their garden being just right! But removing the weeds [...]
Power Tools

Enjoying a BBQ in your garden is one of the many British luxuries enjoyed by many. There is something so satisfying about making your own food outdoors and they are perfect for when you are [...]